Google has announced in the coming weeks to release an updated version of the mobile operating system Android Go. Android Go was introduced on Basis of Android 8 Oreo already in 2017, later followed an upgrade of the Android Go Edition to Android 9 Pie. The soon to be released version of the operating system is based on Android 10 and has been specially developed for low-performance smartphones with a maximum of 1.5 GB RAM, on which Android 10 is only limitedly usable in the normal version.

In total, the new Android Go version will be released on 1,600 smartphones from 500 different manufacturers in 180 countries. These include, for example, low-budget smartphones from Nokia, Samsung and Xiaomi, which are mainly sold in developing and emerging countries.

In addition to improvements in performance and security and a number of new features, the update offers significant data protection benefits thanks to the Adiantum encryption integrated into the operating system, according to Google. Compared to the previous version, the Android 10 Go Edition offers ten percent higher performance despite the new encryption, which will be most noticeable in the start time of apps on absolute beginner smartphones.

In addition to the operating system, Google has also updated the apps specially adapted for the Go version. Google Go has an AI read aloud function that, according to Google, “makes consuming long texts as easy as listening to radio broadcasts”. The Google Lens Apps in the Google Go software collection, which has also been updated, helps in everyday life by reading texts or recognizing objects captured by the camera. YouTube Go has also been optimized for poor data connections, which makes it possible to play videos at lower transfer rates. Galerie Go has also been adapted to poor Internet connections, allowing users to mark places and people offline within photos. The KI engine required for this is already integrated despite the 10 MB app. Third-party apps such as Facebook, Twitter and Spotify are also “Go Ready” according to Google.

Although smartphones with Android Go, which are already available in some markets for less than 30 Euros, are hardly used in Germany, the corresponding Android Go apps are also available in the German Google Play Store. 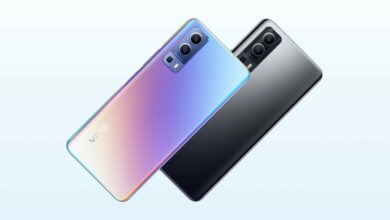 MWC 2019: Samsung Introduces New A50 and A30 Mid-Range Smartphones

Xiaomi Redmi 10X – What is the new Xiaomi smartphone capable of?