With the new AR headset, Lenovo dares another attempt to establish itself in the gaming sector. The first step into the industry was already taken last year when the manufacturer released an AR headset with a Star Wars license. It didn’t become a bestseller, but Lenovo doesn’t seem to have lost interest in gaming.

Lenovo relies on a dependent headset

The new AR headset is very similar to its predecessor. It is once again a dependent device. Lenovo is taking a different path than the VR pioneer Oculus, which is increasingly focusing on independent headsets that can be used without smartphones or PCs. In addition to the glasses, the Mirage headset comes with a matching controller, various connection cables, a phone tray and a tracking sensor, which can by no means be taken for granted in the AR area.

Thanks to the Marvel license, the device is equipped with a game in which users can slip into the role of the Marvel heroes Captain America, Thor, Captain Marvel, Black Panther, Doctor Strange and Star Lord. Star Wars fans will also get their money’s worth: last year’s Star Wars game is also included in the new AR Bundle.

Most smartphones are compatible

It is not yet known when and at what price the device will be launched on the market. The predecessor model is currently available for 99 Euros. Thus, it is to be expected that the price of the new Mirage headset will be above the 99 Euro mark. 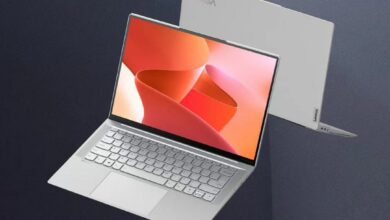