Valves games platform Steam has to cope with another setback: With “Metro Exodus” another game moves to the Epic-Store. Previously, Steam had already lost the extremely popular game “The Division 2” to the competitor.

Epic CEO Tim Sweeney justifies the switch to his platform with the lower fees that sellers in the Epic store would have to pay. While at Steam only between 70 and 80 percent of the selling price went into the seller’s pocket, in the Epic Store margins of 88 percent are possible. In addition, I help Epic market the titles offered in the Epic Store.

In addition to “Metro Exodus”, the other Metro titles will also move to the Epic Store and disappear from Steam in the near future. If you have pre-ordered the new game via Steam, you don’t have to reckon with any consequences. For pre-orderers, the new Metro title will be available via Steam. Nevertheless Steam pre-orderers should be annoyed: In the Epic Store, the title is ten euros cheaper.

Metro Exodus will be released on February 15. Unlike its two predecessors, the first-person shooter no longer plays in the Moscow underground, but above ground. Technically, the game is based on the Unreal engine. 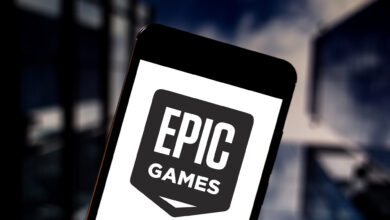