A Drawing goods for the term “DeX Live” recently submitted by Samsung to the EUIPO indicates a wireless desktop mode for future smartphones of the South Korean group. The first device with Dex Live support will most likely be the Samsung Galaxy Note 10, which will be launched in August. Thanks to the S-Pen, the smartphone could be used as an input device while wirelessly displaying the desktop on a compatible screen.

Technically, the solution is based on Miracast. Currently, Huawei already offers a similar option for wirelessly connecting smartphones to a monitor and using them as a PC replacement. In combination with a Bluetooth keyboard and mouse, Huawei smartphones can already work with several applications in parallel on a multi-windows interface.

Samsung has been offering Galaxy S8 the “Samsung Desktop Experience” (DeX for short) ever since, but it doesn’t yet work wirelessly and requires a dock. Galaxy Note 9, released in 2019, does not need a docking station anymore, but only a cable, but wireless working like at Huawei is not possible yet. 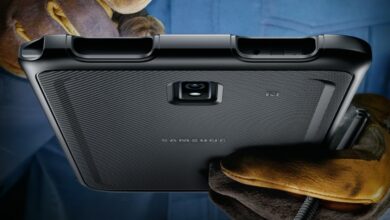