A few weeks after my test of the Kolink Chimera dual monitor mount we have now tried the next monitor mount for you with the Arctic Z2 Pro (Gen 2). Compared to the Kolink product, which costs just under 130 euros, Arctic already offers its monitor holder at a significantly lower price of just under 90 euros. The following test shows whether the monitor holder can also be convincing or whether reductions have to be made due to the lower price. As before, two Dell U2713HM with a weight of 5.6 kilograms each and a diagonal of 27 inches are used again. The bracket itself weighs around 4 kilograms.

The Arctic Z2 Pro comes with two brackets. The monitor holder can either be fixed to the table edge with a clamp or alternatively with a screw, for which a hole must be drilled through the table top. Since I didn’t want to drill a hole in the table to test the bracket, the test is limited exclusively to mounting it with a clamp. It can be mounted on tables up to 6.5 centimeters thick. Due to the high load Arctic recommends table tops that are at least 2 centimeters thick.

The assembly is relatively simple, as the instructions are well illustrated. Hexagon socket wrenches are included in the scope of delivery, but the screwdriver, which is also required, is not included. In total, the assembly and subsequent fine adjustment of the monitor took about an hour.

In the first assembly step, the clamp is screwed to the base of the monitor holder. A USB hub with four ports is also integrated in the base.

After the clamp and the foot of the monitor holder are connected, the clamp is fixed to the table. No tools are required for this due to the easily graspable screw.

Once the base of the Arctic Z2 Pro is firmly attached to the tabletop, the next step is to screw the monitor bracket rod into place. No tools are necessary here either. 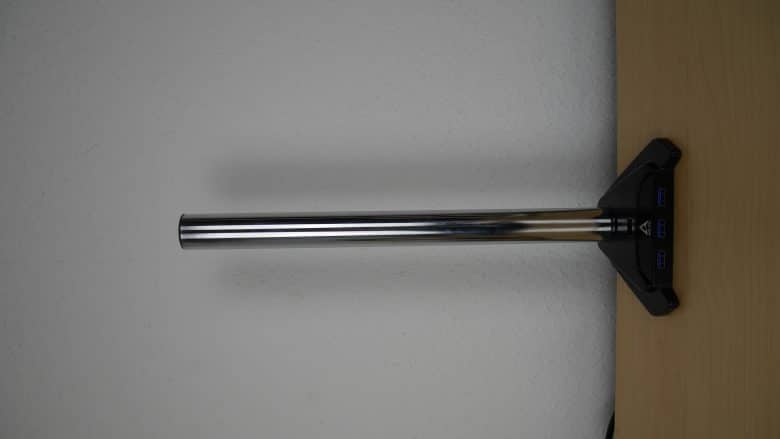 Then a clamp is pushed over the rod, which can be fixed with a screw. They can be used to adjust the height of the monitors. 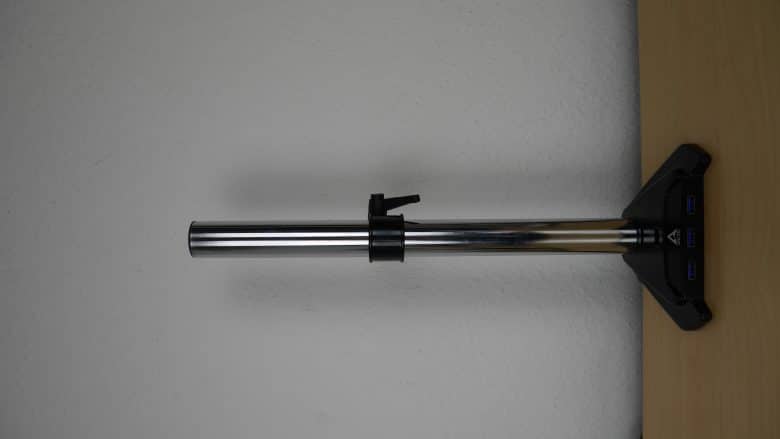 After the desired height has been fixed, the actual arm can be fixed on the bar. The joints can be released via the screws in the arm in order to change the position.

Now all you have to do is screw the monitors to the VESA mount. Several different types of screws and spacers are included in the scope of delivery, which should enable the installation of almost any monitor. This assembly step alone was relatively difficult, as the monitor has to be held straight with one hand while the screws are fixed with the other hand. If possible, this step should therefore be carried out in pairs. 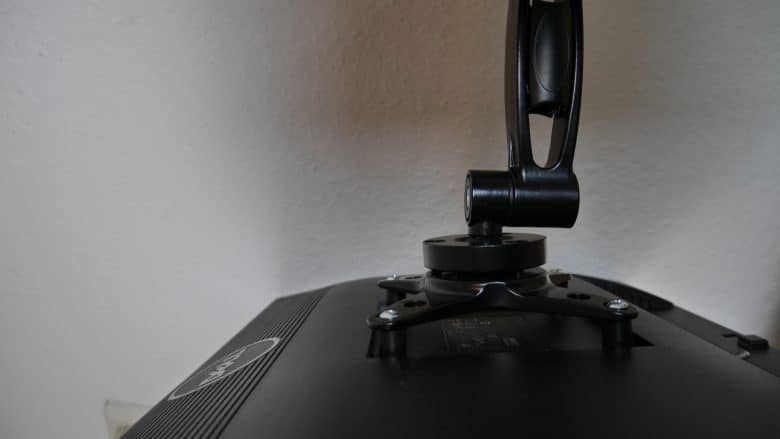 Two monitors with a diagonal of 13 to 27 inches and a maximum weight of 10 kilograms per unit can be installed. The mount supports both VESA standard 75 and 100 millimeters.

Once the monitors have been connected to the bracket, the position can be changed. All you need to do is loosen the screws on the arms and the screws on the ball joint behind the VESA bracket. Once the desired position has been reached, the screws can be tightened to lock the monitors in place. During assembly this step took the longest for me, because with two monitors a lot of “fumbling” was necessary. Since this step is only necessary once thanks to the good hold, the high effort is in my opinion bearable.

Compared to the Kolink Chimera dual monitor mount, the Arctic Z2 Pro didn’t seem quite as high quality at first glance. However, this first impression could not be confirmed.

The monitors can be rotated and swivelled up to 360 degrees on the bracket. In addition, the ball joint allows an inclination of up to 15 degrees. Since both monitors can be moved independently of each other, as many positions are possible.

The Arctic Z2 Pro monitor mount convinced me. Compared to the Kolink monitor holder it scores with similar quality and workmanship. On the table, however, it appears even more compact due to the clamp mounting and the absence of a stand. Especially owners of very small desks should take a closer look at the Arctic product.

In addition, Arctic convinces with its low price and the additional USB hub that Kolink does not offer. The only point of criticism is the lengthy assembly or alignment of the monitors, which was a bit easier for me at Kolink.

The Arctic Z2 Pro monitor mount can therefore be recommended without hesitation to all users who have a sufficiently sturdy desk.

Unfortunately the monitor mount has been adjusted by Arctic in the meantime. On Amazon and with some other dealers one finds however still remainder stocks. The 110 Euro Arctic dual monitor mount Z2-3D was introduced as a replacement, where the complicated alignment of the monitors seems to be simplified by a new 3D joint. If you don’t mind the assembly, you can also use the cheaper predecessor in my opinion.