Cryorig has recently missed an update to its C7 Mini-Top-Flow CPU cooler, launched in 2015. The Cryorig C7 RGB now also offers RGB lighting, but otherwise the technical specifications are unchanged. Since we haven’t tested the Cryorig C7 yet, we have taken the new version as an opportunity to change this. Below you can find out if the cooling performance and the lighting of the 35 Euro Cryorig C7 RGB in our Kolink Rocket test system with ASUS ROG Strix B450-I Gaming Mainboard and AMD Ryzen 5 2400G processor convinced us.

The small cooler is delivered in a correspondingly small packaging. In addition to the heat sink with pre-assembled RGB fan, it also includes a multiback plate for mounting on the Intel 115x sockets and the AMD AM4, AM3 and FM2 sockets, as well as heat-conducting paste and a short installation guide.

With a height of only 47 mm, the Cryorig C7 RGB is very compact. Due to the massive heat sink and the 6 mm diameter Kupfheatpipes here, the weight is about 350 g. The heat sink has a copper base plate for optimum heat dissipation. Of course, everything is nickel plated.

The fan measures only 92 mm and is therefore just as compact as the entire cooler. New in the RGB version of the Cryorig C7 is the lighting of the fan. This is controlled by a 12 volt 4-pin RGB header. Thus the lighting is static and not digitally addressable. Only one color can be set, which is displayed by all LEDs. Colour changes are of course possible. The LEDs are placed in the centre of the fan and shine outwards.

A controller is not included, so you have to input both PWM and RGB signals via the mainboard or an additional controller. Since in most cases the lighting is realized via the mainboard anyway, in order to run synchronously, this is also absolutely ok.

The cables of the Cryorig C7 RGB are relatively long, so long cables are not needed for the connection to the mainboard in any case. Cryorig probably wants to give its users the possibility to connect the cooler to a controller behind the mainboard tray.

As already mentioned, we installed the Cryorig C7 RGB in a small Mini-ITX-PC. The following components were used:

After cleaning the AMD Ryzen 5 2400G, we applied the thermal paste supplied by Cryorig. A small, pea-sized drop in the middle of the processor is sufficient. The heat conducting paste is automatically distributed by the contact pressure.

Before we could mount the radiator, we had to change the mounting brackets, which are mounted differently depending on the base. In addition, a protective film is attached to the base plate, which must be removed.

After mounting the cooler we turned the mainboard and pressed the backplate onto the protruding screws. This was unfortunately not quite easy, because the backplate already has a small safety mechanism and the screws snap into place. You have to use a little force and make sure that the screw on the opposite side doesn’t jump out again. If the backplate is attached, the cooler is already quite tight, but it is finally fixed by nuts.

The mounting could have been easier, I don’t like the mounting device of the Cryorig C7 RGB very much.

Finally, of course, the 4-pin cable for the PWM fan and the 4-pin RGB cable must be connected so that the fan also works.

The LEDs of the Cryorig C7 RGB illuminate it evenly, but unfortunately they are relatively dim. However, because it can be controlled via compatible motherboards, the CPU cooler can be perfectly integrated into a PC’s existing ecosystem and synchronized with other components.

You will have noticed from the components that we have not installed a high-end system in the Kolink Rocket. Nevertheless, the AMD Ryzen 5 2400G already generates a lot of waste heat, which has to be cooled by the Cryorig C7 RGB. Especially in the small room this is not easy, but the Cryorig C7 RGB masters this.

The temperatures of the processor with the Cryorig C7 RGB are about the same as with the AMD Wraith Stealth cooler. However, it must be said that the AMD stock coolers are also damn good. Much better than Intel’s.

Unfortunately, the Cryorig C7 RGB is not particularly interesting for the current AMD AM4 socket, as it delivers a cooling capacity similar to that of the stock coolers – unless you prefer the optics. The situation is different with Intel coolers, where the Cryorig C7 RGB is already stronger.

So the C7 RGB from Cryorig isn’t bad, but it doesn’t spend any cooling miracles either. All in all, it is an interesting, compact ITX cooler that recently also offers chic lighting. At a price of 35 Euro you can strike with a clear conscience. 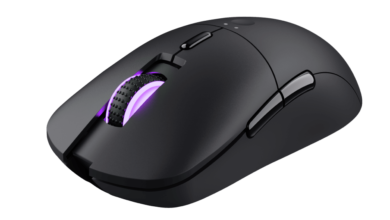