SanDisk already renewed the models of its external SSD series Extreme Portable and Extreme Pro Portable last fall. The same design and casing are still used, so the SSDs are still protected against water and dust according to IP55. However, there have been big changes in the speed, which has been almost doubled. While the old version was advertised with a read speed of up to 550MB/s, its successor, the SanDisk Extreme Portable SSD V2, now reaches up to 1050 MB/s when reading and 1000 MB/s when writing. Furthermore, version 2 now features 256-bit AES hardware encryption and password protection.

The external SSD is available in sizes from 500 GB to 4 TB, we have the 500 GB version. Whether the new edition of the SanDisk Extreme Portable SSD convinces in the test and is also worth the surcharge to the old version, we will clarify in the following test.

Scope of delivery and processing

SanDisk relies on the old familiar casing of the first version for version 2 of the external SSD. The front is made of textured plastic, and the silver SanDisk logo is placed in the center, making it highly visible. The orange cutout in the upper right corner, which can be used to attach the SSD to a carabiner in a bag or backpack, for example, is also made of plastic. On the other hand, a black rubber coating is used on the sides and back of the case. This makes the SSD feel good and secure in the hand, and the workmanship is very good all around.

A special feature of the case is the IP55 protection class. This designation means that the external SSD is sealed for up to 3 minutes under running water, and even contact with dust will not affect its operation. This does not mean that you can submerge the SSD under water, but it is handy if you ever spill a drink or get caught in heavy rain while traveling. If the SSD does get wet, you should still clean and dry it before use. Furthermore, SanDisk advertises a drop resistance of up to two meters.

A short USB-C to USB-C cable and a USB-C to USB-A adapter are included. In addition, the SSD comes with the SanDisk Security software, which can be used to protect the external SSD with a password. The program is simple and self-explanatory. After the installation, you start the program, set a password (a password hint can also be specified) and confirm it. Afterwards, access to the data is only possible after entering the password. To simplify and speed up the use of the program on your own PC, an automatic unlocking of your user account is possible.

SanDisk advertises maximum read and write speeds of 1050 and 1000 MB/s, respectively, versus the up to 550 MB/s of its predecessor. We could almost reach these in CrystalDiskMark with 975.10 and 926 MB/s, respectively. The SSD also performs very well in the AS SSD benchmark with 970.22 MB/s in sequential read and 892.72 MB/s in sequential write, but weakens a bit in the 4K test. The performance gain compared to the old version is, as stated by SanDisk, very high and clearly noticeable in practice.

The SanDisk Extreme Portable SSD V2 also convinced in the ATTO benchmark and is in our top group. In the HD Tune benchmark, however, the SSD fell a bit short of our expectations.

The SanDisk Extreme Portable SSD V2 represents a successful new edition and convinces us in the test. Material quality and workmanship are on a high level, and the IP55 protection class offers added value compared to many other external SSDs. In addition to water and dust protection, the SSD is drop-proof up to 2 meters, which protects it against most external influences. You are also protected against unwanted access to sensitive data by a password, if desired. SanDisk thus offers extensive protection against many dangers of all kinds. Furthermore, the warranty has been increased from three to five years compared to the first version.

Besides these aspects, the SanDisk Extreme Portable SSD V2 also convinces with its performance. The speed has almost doubled with the new version, which is also clearly noticeable in practice. We could at least almost reach the stated rates in the test.

The SSD is thus suitable for everyone who is looking for a fast external storage, which should also be robust and waterproof/weatherproof and has a long warranty period.

Successful new edition of the well-known external SanDisk SSD. The robust and waterproof casing of the first version remains, and the performance has been noticeably increased. 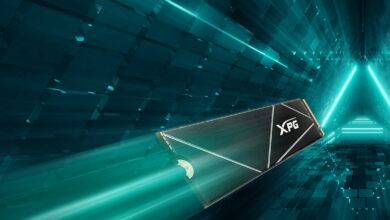 SanDisk already renewed the models of its external SSD series Extreme Portable and Extreme Pro Portable last fall. The same design and casing are still used, so the SSDs are still protected against water and dust according to IP55. However, there have been big changes in the speed, which has been almost doubled. While the … (Weiterlesen...)