In the field of computer fans, there is a large selection and you can find the most diverse shapes and sizes. Here we summarize what to look for and in which areas which fans are advantageous.

Or more often found under the English terms “airflow” and “static pressure”. These values are specified for almost all fans, but what does it actually mean? First, let’s take a look at typical representatives of each genre and how to recognize them.

Airflow fans have rather few fan blades, usually seven, which are relatively narrow and have a lot of space between them. Thus, they can accelerate the air quickly and do not slow down air entrained in the airflow.

Pressure-optimized fans, on the other hand, have rather large fan blades that are rather flatly oriented and barely let you see through them. They force air through a little slower, but leave it little room to move against the direction of pressure.

The trend in recent years is strongly in the field of all-round fans.  These combine peculiarities of both designs. In most cases, the fan blades are size-wise between the special forms, but the space between them is small by increasing the number of fan blades. Often you can find nine fan blades. These fans are less specialized, but they offer solid performance in any position and you can’t use them in a wrong position.

All-rounders, as the name suggests, are fine in any area and are not “specialists”. So you can use them in any position with a clear conscience, but they don’t offer the highest possible values in any area. Therefore, I will not discuss this genus further in the remainder of this article.

For a comparison between the three concepts, let’s take a look at Noctua’s portfolio, which has something to offer in every area. Three 120 mm fans are found in the comparison. The Noctua NF-S12A PWM comes into the comparison as an airflow fan, the Noctua NF-F12 PWM as a static pressure fan, and the Noctua NF-A12x25 as an all-around fan:

Application in the case – Airflow or Static Pressure?

What fans do you put in the case and in what position? This really depends on the case and its design. The general rule is that the lower the resistance, the better airflow fans are. The problem with this is that you’ll find resistance in most places, which reduces efficiency compared to pressure-optimized fans. In many older style cases you will find hard drive cages behind the front fans. These are obviously a drag, especially with hard drives mounted. But there are other obstacles as well: Dust filters in the front? Resistance! Tight mesh? Resistance!

So in practice, it looks like most cases tend to benefit from pressure-optimized fans in the front. Cases with a very open front, such as the Fractal Design North, also work very well with airflow fans. Especially without dust filters.

As a rule of thumb, if you can see the fan directly from both sides (and even unlit and not through glass), airflow fans are fine. If they are pretty much hidden from one or more sides, you should go for static pressure fans.

On the back, things look rather different. Here, you’ll often find a fairly open grille that doesn’t offer as much resistance. Most of the time, this is just sitting there so that you can’t accidentally reach into the running fan. So these places are well suited for an airflow fan.

Radiator fans and their features

Radiators are the prime example of a tight design and high air resistance. Here, fans with a high static pressure should be clearly used. However, there are other characteristics that are necessary for the most effective use. For example, care should be taken to ensure that air cannot escape to the side or back to the front through deflection. That is, gaps are problematic and reduce efficiency. For this reason, be quiet!, for example, relies on a square frame for the Silent Wings Pro 4. As a rule of thumb, the less you have a view of the fins on the fan side, the less opportunity the air has to escape before it’s through the radiator.

Noctua goes so far as to even offer sealing rings for their fans, which are designed to prevent even the smallest of gaps.

Use on air coolers

For air coolers, it is first necessary to distinguish between two different designs. Most compact air coolers or dual-tower coolers are very densely constructed, similar to radiators, and so it is not uncommon to find around 50 fins in 120 mm coolers. Examples include DeepCool’s AK series coolers, such as the AK400. Or also the Endorfy Fortis 5 Dual Fan. These coolers have “closed” fins to the sides that are curved to only let air through the front and back to maintain pressure. Accordingly, static-pressure fans have a distinct advantage here. These coolers, realistically, make up the bulk of the available selection.

However, there are also other designs. If we take a look at the be quiet! Shadow Rock 3 or the Scythe Mugen 5, for example, we notice that they have fewer fins and that they are spaced further apart and offer more surface area. Also, these coolers are open to the sides. So, heatsinks of this design do not put up as much resistance and are also suitable for airflow fans.

If you want to add a second fan to an air cooler, you should make sure that they do not work against each other. They should move the air through the heat sink together in one direction and not blow it in from both sides. Because that would result in air and heat buildup in the cooler. So you should see one from the back and one from the front. And also the case fan in the back should further the direction of the airflow – out of the case.

Typical fan sizes in the PC sector are 80, 92, 120 and 140 mm, with the last two sizes in particular becoming established in modern times. In smaller computers and on smaller air coolers you can still find occasional 92-mm fans. 80 mm fans were still widespread until around 2006 and are now rarely found. Occasionally, fans up to a massive 200 mm can be found – but these are the exception.

But what are the advantages and disadvantages of which size? In principle, larger fans move more air at lower speeds. Lower speeds, in turn, ensure lower noise development. It follows from this: Larger fans can be quieter. However, this is only half the truth, because it presupposes that you actually let the fans spin slower. Because at the same speed, larger fans are louder than smaller fans. Equivalent technology provided.

However, the lower speed of larger fans not only has the advantage of lower noise with good airflow. But there is also a disadvantage: the resulting pressure decreases due to lower speeds. Let’s compare Noctua’s Allrounder series, for example. The 140-mm Noctua NF-A14 fan with the model in 120 mm, the Noctua NF-A12x25, and 80-mm, the Noctua NF-A8:

And even in this example, the speeds are still close enough that the larger fans don’t run any quieter than the smaller ones. So if the speeds were aligned in terms of volume, the differences in static pressure would be greater. The amount of air moved would move a little closer together, but would still differ significantly. Since it fits within the volume range, I’m also putting the largest model in the series, the 200mm Noctua NF-A20 fan, in the comparison:

This explains why old computers with few air openings and small fans were not entirely choked either. Less air was moved, but it was moved more briskly.

And what about RGB?

Especially in the 120mm size, you can find a massive selection of RGB-lit fans. In other sizes, the selection is somewhat smaller, but can also be found. Do these actually affect the performance? Well – generally speaking, not directly. But of course it always depends on how the lighting is installed. For example, if the frame is illuminated, there’s a good chance that it had to be a bit thicker than fans without frame illumination. Since you can’t increase the width of the fan for that for good compatibility, the fan blades are more likely to be reduced in size, which ultimately costs a bit of performance. And if you illuminate the fan blades, then you’re a bit more limited in your choice of materials.

That said, where RGB lighting itself doesn’t affect performance, it’s entirely possible that it could lead to some compromises in fan design. That being said, lighting naturally increases fan costs and power consumption. Nevertheless, there are definitely very good RGB fans that offer very high performance in addition to the impressive look. 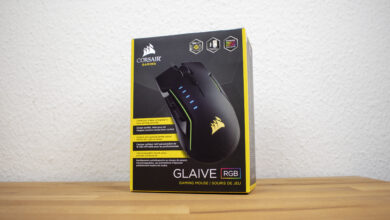 In the field of computer fans, there is a large selection and you can find the most diverse shapes and sizes. Here we summarize what to look for and in which areas which fans are advantageous. Airflow or static pressure? Airflow fans entrain air and work well when not slowed by obstructions Static-Pressure fans push … (Weiterlesen...)