External SSDs and hard disks with groovy light effects are very trendy. Newly added is the Biostar P500 SSD, which offers in its aluminum case with light strips a M.2-NVMe SSDs with a maximum capacity of 2 TB. The external SSD is connected via USB 3.2 Gen 2 with plug type C.

With a weight of 100 grams and dimensions of 115 × 42 × 12.5 mm (L×W×H), the Biostar P500 Portable SSD is one of the medium-sized external drives. The high-quality aluminum case of the P500 SSD not only serves the optics, but also dissipates heat and protects the memory chips in case of a fall.

Currently the Biostar P500 SSD is available with 512 GB and 1 TB, later a version with 2 TB will follow. According to the product details the transfer rates are a maximum of 1,000 MB/s read and 900 MB/s write. According to Biostar, the exact specifications are subject to change, so the data is given with reservation.

In addition to the light strips, the most striking feature of the Biostar P500 SSD is the unusual concept of switching on and off on the lighting. Instead of using a switch or touch control, the LEDs are controlled by the angle of the SSD. When the SSD is placed at an angle of 45 degrees or higher, the LEDs are deactivated.

Included in delivery are a USB connection cable, type C to type C and type A to type C and a manual. A separate power supply is not necessary. Biostar has not yet announced prices. 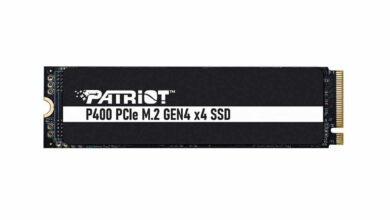 Western Digital My Passport SSD with 512 GB Under Review