With the Freebuds Pro, the Chinese technology corporation Huawei has introduced new Bluetooth earbuds that work with ANC technology and are amazingly similar in design to Apple AirPods Pro.

The pen area of the Huawei Freebuds Pro extends only minimally out of the ears, as in the Apple AirPods Pro, and has been equipped with touch controls. The operating concept prevents on the one hand operating errors and on the other hand it prevents accidental pressing into the ear.

In contrast to the popular AirPods Pro, the Freebuds Pro also feature wiping gestures, which means that the user no longer needs the smartphone to adjust the volume. The individual pressure areas have multiple assignments, consisting of the song fast forward function, switching to ANC mode and activating the digital assistant.

The ANC technology Active Noise Cancelling, which reduces annoying noises from the environment, such as cars or aircraft noise, to a minimum, has been greatly improved. The built-in automatic system offers three ANC levels, which are automatically controlled based on the current noise level.

According to the manufacturer, disturbing wind noises are reduced by means of special solutions in order to listen to music without any problems. The activatable transparency mode lets any ambient noise through if desired, for example when the wearer is chatting with friends in a bar and wants to listen to music.

As a special feature, the stylish Huawei Freebuds Pro have ear recognition, support Bluetooth 5.2 and have a good sound according to Huawei. Unfortunately the earphones apparently have no function to reduce crotch reverb and are subject to AirPods Pro.

The Huawei Freebuds Pro are available in stores for 180 euros from the beginning of October 2020 in black, white and silver-gray. 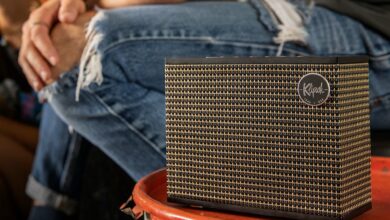