Since most of the radiation from cell phones and modern smartphones is absorbed in the head, it has been shown to have effects on the overall metabolism and processing in the human brain, among other things.

Earlier studies had already confirmed that exposure to mobile phone radiation leads to increased food intake in rats. Together with graduate psychologist Ewelina Wardzinski, head of the study, they now pursued the question of whether such a connection also exists for the human body as part of a DFG-funded observational study published in the journal Nutrients.

How was the study conducted?

With an interval of two weeks, a total of 15 young men were tested a total of three times. During the experiment, the subjects were irradiated with two different cell phones as the radiation source or exposed to sham irradiation, which was intended to serve as a control.

After the irradiation, the participants were allowed to help themselves freely to a rich buffet for a predetermined period of time. The research team measured spontaneous food intake, brain energy metabolism using phosphorus magnetic resonance spectroscopy (MRS), and various blood values before and after irradiation.

Up to 27 percent increase in caloric intake

The result surprised the team. In almost all subjects, radiation led to an increase in total calorie intake of 22 percent or 27 percent, depending on the particular cell phones used in the experiment. On average, the study participants consumed about 250 calories more at the buffet than those exposed only to sham radiation.

Blood analysis concluded that carbohydrate intake in particular was increased by irradiation. “The MRS measurements revealed an increase in energy turnover in the brain under the influence of cell phone radiation,” the university continues.

Thus, the research team came to the unequivocal conclusion that cell phone radiation affects the energy homeostasis of the brain and provides excessive food and calorie intake in the human body.

“These findings could open new avenues for obesity and other neurobiological research,” the report continues. In the future, the study’s findings are expected to further inform research in this area, particularly with regard to children and adolescents. However, it is unclear why no women participated in the study and, whether and if so to what extent cell phone radiation could also have effects on the female body.

Evaluation of other groups as next step

In response to our inquiry, Prof. Dr. Kerstin M. Oltmanns told us that in such basic science studies, it is important to first examine a group of study participants that is as homogeneous as possible in order to be able to detect effects.

“Since one starts (unfortunately) usually with young healthy men, in order to exclude the typical point of criticism of the potential effects of hormonal contraceptives or cycle fluctuations,” Oltmanns elaborates.

Even the research group was unsure whether a link could be established at all, he says, which is why the study was initially designed on a small scale. “The next step is in fact, the evaluation of other groups”.

Honor 60 & Honor 60 Pro: All info on the new mid-range smartphones 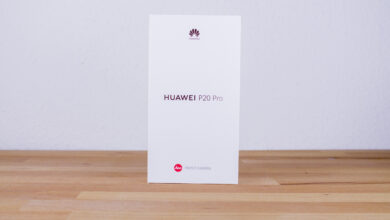