Due to defaults of the bankrupt hedge fund Three Arrows Capital (3AC) and the difficult development of the crypto market, crypto broker Voyager Digital has to file for bankruptcy. In the USA, they now filed for creditor protection.

The extreme price fluctuations of cryptocurrencies such as Bitcoin and Co do not exactly make it easy for banks and brokers who want to trade with them. As recently as the end of June 2022, the Bitcoin price fell below the magic 20,000-US-dollar mark.

Due to the falling price of the stablecoin TerraUSD, the crypto hedge fund Three Arrows Capital (3AC) was in trouble just a few days ago. With severe consequences for the crypto brokers trading with it, such as Voyager Digital, for which agreed installment payments were not made.

Voyager was, according to earlier company statements, involved with 3AC with about 760 million US dollars. 3AC was ordered to liquidate assets by a court in the British Virgin Islands, but has since filed for bankruptcy itself. The founders of the Singapore-based kyrpto hedge fund, Kyle Davies and Su Zhu, are still missing.

The missing payments now also affected crypto broker Voyager Digital, which filed New York for a so-called Chapter 11 bankruptcy. This is communicated on the own company blog.

A Chapter 11 bankruptcy looks to maximize value for all shareholders, reorganize the company from the ground up and allow it to continue as a going concern.

“This holistic restructuring is the best way to protect assets on the platform and maximize value for all shareholders, including customers,” said Stephen Ehrlich, Voyager’s chief executive officer.

According to the company, Voyager manages crypto assets equivalent to about $1.3 billion on the platform and has more than $350 million in cash in FBO Account (For-Benefit-Of Account) for customers at Metropolitan Commercial Bank. It currently still has more than $650 million in liabilities to 3AC.

Voyager Digital plans to continue to pay employees “in the normal manner”as part of the complete reorganization, he said. Their employee benefits and certain customer programs are also expected to remain in place.

Voyager expects the corresponding green light from the court shortly. On a specially established website, all documents relating to the insolvency process can be viewed. All court documents are also to be collected and made accessible there. Voyager Digital wanted to make cryptocurrency trading much easier with its own app.

Just recently, they held out the prospect of their own card for customers, the “Voyager Debit Card, which was supposed to beckon up to nine percent monthly bonuses in USD Stablecoins without having to do anything. The debit card should be able to be used anywhere Mastercard debit cards are accepted. 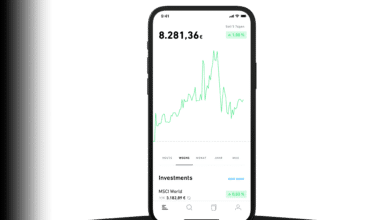 Due to defaults of the bankrupt hedge fund Three Arrows Capital (3AC) and the difficult development of the crypto market, crypto broker Voyager Digital has to file for bankruptcy. In the USA, they now filed for creditor protection. Voyager Digital files for bankruptcy The extreme price fluctuations of cryptocurrencies such as Bitcoin and Co do … (Weiterlesen...)