In addition to many cases in the budget segment, the manufacturer Kolink also released a few cases in the mid-price segment some time ago. One of these cabinets is named Levante and is a midi tower with RGB fans and two glass side panels. The Levante is only available in black and costs no longer available. Kolink advertises the Midi Tower with a high compatibility for high-end hardware, a good airflow and plenty of space for radiators.

We will find out in this review whether the Levant can do justice to this description and how it performs in general.

The Kolink Levante comes well and safely packed in a brown and printed cardboard box. For additional protection there are protective foils on both sides. The accessories were stored in a transparent bag and fastened inside the housing with a cable tie. It contains all important screws, three black cable ties and a spare plastic cover for the PCI slots.
The case also contains four pre-installed RGB fans, a control board including a remote control for switching the color and the pre-installed spacers for the mainboard.

Optically, the Levante is in line with the more inconspicuous mesh housings. As Kolink has focused on a high airflow, the front of this midi tower is completely made of mesh. Behind the mesh there is a slightly finer dust filter to protect the three pre-installed RGB fans from dust. This look is rounded off by a frame made of black piano lacquer and the complete absence of logos and lettering.

If you look at the lid, you feel a little reminded of the Phanteks Enthoo Evolv. In comparison to the Enthoo Evolv the lid is made of plastic. On both sides there are small openings with mesh dust filters. The I/O panel was also implemented in the lid and can be found in the front area of the lid. Two USB 2.0 ports, one USB 3.0 port, connectors for headphones and microphone and three buttons for power, reset or RGB control are available. Considering the price, it could have been two USB 3.0 ports.

Another special feature is the Levante on the side panels. Because here is not only the left side part made of glass, but also the right side part. However, this is predominantly blackened and only allows a view of the data carriers.

The rear and floor sections do not offer any exceptional properties. The Midi Tower stands on solid plastic feet equipped with rubber strips. The dust filter for the power supply is finely meshed and can be easily removed to the rear. Expansion cards are screwed to the body from the outside and covered by a cover. Unfortunately, none of the pre-installed screens are reusable because they are broken out. Above the slot bezels you will find the fourth pre-installed RGB fan and the opening for the I/O shield.

If you remove the side panels and take a look inside, you will see many similarities to Kolink Stronghold or Observatory. The explanation is relatively simple: Kolink uses the same corpus for the Levant. The interior is very open, is divided into two areas by a power supply cover and is painted completely black.

Since the hard disks are mounted behind the mainboard tray or underneath the power supply cover, the three front fans are able to transport air unhindered into the inner area. To improve the optics, Kolink has integrated various cable management openings around the mainboard and in the power supply cover. In addition, there are various tabs on the back for attaching cable ties and a large cut-out for retrofitting large CPU coolers with backplates.

With a price of no longer available the Levant moves in the middle class segment. Accordingly, one can expect solid workmanship. The Kolink Levante can also offer these in part. The varnish is mostly well applied and there are no sharp edges. Since this midi tower uses the same body as the 45 € cheaper Kolink Stronghold, there are also criticisms. In some places, for example, the paint is noticeable by small pimples and the steel used is relatively thin in certain places. In addition, as already mentioned in the previous section, the breakable slot bezels are a no-go for the targeted price segment.

The workmanship of the Kolink Levante can be described as okay. Overall, however, there is room for improvement here. Perhaps the manufacturer should have done without the second glass side panel and developed a slightly more valuable body for the Levante.

The Kolink Levante is a standard midi tower with a total volume of approx. 43 litres and seven PCI slots. It supports E-ATX mainboards with a maximum width of 279 mm and can accommodate CPU coolers with a maximum height of 160 mm. There is 380 mm space available for graphic accelerators if no radiator is installed in the front. Power supply units must not exceed a total length of 200 mm.

Now we come to system installation. As hardware I use a Intel Xeon 1230v3 on a Gigabyte H87M-D3H with 16GB RAM. The Xeon is cooled by a Prolimatech Megahalems Black with a Fractal Design HF-12* fan. An HD 7850 2GB from Asus is responsible for the image output. The power supply does the non-modular be quiet! pure power with 400W.

The installation of all components was completed quickly and is possible due to the generously designed interior even with large hands problem-free. When installing hardware, the buyer almost doesn’t have to worry about anything. Only the maximum height of 160 mm for CPU coolers restricts the selection somewhat. In addition to the available space, the sophisticated cable management system and the 20 mm behind the mainboard allow a cleanly wired system to be assembled.

To mount 3.5″ HDDs, two special screws must be fastened on the left side of the hard disk, with which the data carrier can be pushed into the provided cage. On the right side the HDD is screwed with a simple knurled screw. Unfortunately, this mounting system does not offer decoupling. SSDs are mounted behind the mainboard tray on a mounting plate. This is fastened to the mainboard tray with a screw.

Kolink installed a total of four RGB fans in the Levante with a frame width of 120 mm and a matching control board including remote control. This controller is powered by an old-fashioned Molex connector and has six non-standard fan connectors, two LED strip connectors, and a cable that connects to the LED button on the I/O panel. A digital addressing via the mainboard is unfortunately not possible. To switch between the many different modes you have to use the remote control. In addition, the speed of the fans cannot be influenced. These rotate approximately with a speed between 1200 and 1500rpm and are therefore clearly audible.

Conclusion of the Kolink Levante Review

For a price of no longer available the Kolink Levante offers a lot of space for hardware, two glass side panels and four pre-installed RGB fans with control board and remote control. In addition, there is the good airflow and the sophisticated cable management system. However, the Levant also has characteristics that we didn’t like so much. The same chassis is used as with the much cheaper Kolink Stronghold. This results in slight workmanship errors during painting and breakable slot bezels. The non-adjustable case fans with proprietary connections also make the offer appear a little out of round.

In the price range between 70 € and 90 € a lot of competition is represented. Some of these have better workmanship at a lower price or pre-installed and digitally addressable RGB fans with standardised connections. Only the good airflow speaks in times of closed case fronts for the Kolink Levante.

Spacious midi tower with a good airflow and plenty of space for hardware. However, Kolink still has to add a shovel to the workmanship technology. 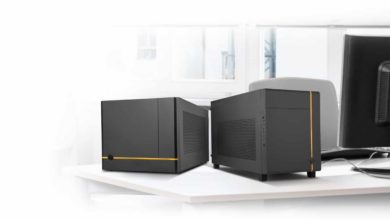 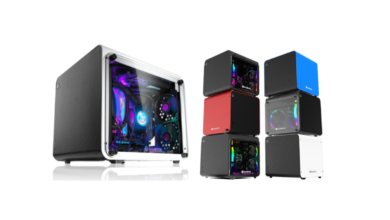