The South Korean smartphone manufacturer Samsung has launched the new generation of its extremely popular Galaxy series with the Galaxy S8. Whether Samsung has succeeded with the big litter, I clarify in this test.

The design of the Samsung Galaxy S8 differs greatly from its predecessors S7 and S7 Edge. Although the display size has increased by 0.7 inches, the S8 is narrower than its predecessor. This makes it very handy, despite the huge display. Of course there is no more room for hardware buttons in the frameless design – they are implemented as software buttons. The Home button offers additional tactile feedback. All other components on the front are located in a narrow bar above the screen.

The back, like the front, is made of durable gorilla glass and does not differ greatly from its predecessors. Only the fingerprint sensor has moved to the back. Other manufacturers have been doing this for years, but almost always in the middle of the device. Here, however, the camera lens is located on the S8, the sensor is located to the right of it. As a result, the camera lens is often caught instead of the sensor. Many people have already gotten echauffiert about this problem, but I could get used to the position relatively quickly. Nevertheless, a localization under the camera lens would certainly have been nicer.

The workmanship of the Galaxy S8 is, as usual for Samsung, very good. Both the gap dimensions and the processed materials are convincing. Also the weight is very pleasant. In general, the device lies very well in the hand and feels pleasant and elegant. The rounded edges make the device feel thinner than it actually is. Even small hands shouldn’t have any problems with the handling of the S8, despite the display size.

In addition to the device itself, the scope of delivery includes a QuickCharge charger, a USB-C cable, sim card tool, adapter from microUSB or USB A to USB C, as well as high-quality AKG in-ear headphones.

The display of the Galaxy S8 is 5.8 inch and has a WQHD+ resolution (1,440 x 2,960 pixels). Thus one arrives at a pixel density of 568 ppi. The ratio of screen to chassis size is over 84 percent, thanks to the device’s rimless design. Infinity Display is what Samsung calls this design, because the curved edges of the display give the impression that it is as wide as the device itself. The aspect ratio of 18.5:9 is rather unusual so far, but seems to establish itself further on the market. The apps I used all had no problems with the format. In 16:9 videos, black bars appear on the left and right.

Samsung’s Galaxy S8 has one of the best displays currently available on the smartphone market. This is reflected not only in the very high pixel density, but also in the colour reproduction and contrasts, which are very good thanks to AMOLED technology. The display brightness is also more than sufficient, so that even direct sunlight is no problem. The viewing angle stability is generally good, but when viewed from an oblique angle, the image turns slightly bluish. This is rather untypical for AMOLED displays and has already been criticized several times.

Samsung has installed its own Exynos 8895 processor with 1.7 and 2.3 GHz cores in the European models of the Galaxy S8. In addition, there is a decent 4 GB RAM and 64 GB main memory. This can also be expanded using a microSD card. A DualSim function is unfortunately not available, this is reserved for the “Duos” version of the S8.

The main camera of the Galaxy S8 has 12 MP, the front camera comes with 8 MP. Both cameras have an F1.7 aperture. As usual from the predecessors of the Galaxy series, the main camera is one of the best smartphone cameras on the market. This is also confirmed by the objective camera benchmark DxOMark, in which the Galaxy S8 achieves a great 88 points. This corresponds exactly to the value of the predecessor Galaxy S7, whose camera I would estimate to be about the same. Only in terms of low light can the S8 outperform its predecessor.

The main camera is equipped with eightfold digital zoom and optical image stabilization. Additionally functions like automatic HDR, geotagging and slow motion are supported. If you want to achieve even better photos, you can also set the ISO value and white balance manually.

The Galaxy S8 speaker is located on the bottom of the unit. The sound is balanced and relatively full, although not quite like that of the Huawei Mate 9. To cover a wider sound spectrum, the auricle is also used as a tweeter. The maximum volume is also more than sufficient. It should be clear to everyone that you can never expect miracles from smartphone speakers.

The Galaxy S8’s DAC (Digital to Analogue Converter) really shows what it can do with high-quality headphones. The sound is full and precise, much better than cheap smartphones. The volume is completely sufficient for headphones up to about 50 Ohm. The headphone jack is located on the underside of the device, which was a bit unusual for me at first, but you quickly get used to it. Music playback via Bluetooth with A2DP standard also works without problems.

With the DeX docking station, Samsung wants to make the Galaxy S8 a fully-fledged desktop environment. The idea is simple: DeX is ready on your desk and as soon as you use your smartphone, the desktop interface starts on a connected monitor. This also works very well in practice, the Galaxy S8 always offers the necessary computing power. The interface itself is also easy and intuitive to use when the mouse and keyboard are connected. Opened apps appear partly in the format of the smartphone screen, but can be enlarged. All software installed on the smartphone is available. This includes browsers, Microsoft Office, and any other apps from Google Play.

If one imagines scenarios in which DeX could be useful, I can mainly think of applications outside the home workplace. Presentations at school, university or work for example. Here Samsung’s DeX has two disadvantages for me: First, the device is very bulky and not as mobile as a small adapter. Secondly, a USB-C source with 9 Volt output voltage must be available for the power supply. This means that not every USB power supply is sufficient for the DeX, but a special power supply that can supply 5V and 9V must be connected. In practice, this should usually be the QuickCharge device of the Galaxy S8.

Another point that bothers me about the Samsung DeX is the fact that there is no audio output on the unit. You can play music via HDMI over the monitor’s speakers or, if available, use the monitor’s jack socket. However, this is only possible if you have activated the function in the settings first. The socket of the Galaxy S8 is of course not usable, because it is on the underside of the device. None exists on the DeX itself. I think that’s a shame, because depending on the monitor, it’s impossible to hear sound through external speakers or headphones.

All in all, I’m not completely convinced by Samsung DeX. The surface is good, but the device isn’t really mobile and playing sound is unnecessarily difficult. If you don’t have a desktop PC, you can still consider whether the DeX is worth over 80 Euros. The workmanship and design of the device are, as usual from Samsung, very good.

As far as the performance is concerned, the Galaxy S8 clearly plays in the first league. It could not be called the undisputed number one, but in terms of both processor and graphics performance it can easily keep up with the flagships of the competition. The multi-core performance is particularly convincing. Multitasking and complex 3D games should not be a problem with the S8.

The operating system used is Android 7.0 Nougat with Samsung’s Samsung Experience 8.1 interface. This is very clear and elegant. Many features such as Always On Display, Blue Filter, Safe Folder and more are also integrated into Samsung Experience. In due time there will also be updates to Android 8.0 Oreo.

The Galaxy S8 has a 3,000 mAh battery built in, so it can’t be replaced. The battery life of the smartphone is very good with mixed use and roughly at the level of the predecessor model. Inductive charging via the Qi standard is also supported. The Galaxy S8 also scores very well in PCMark’s battery benchmark. Fast charging also works well, the device is fully charged in about an hour and a half.

The Galaxy S8 supports all common LTE and WLAN bands, as well as Bluetooth 5.0 and GPS. There were no reception problems either when making phone calls or when using mobile Internet or WLAN. Also the speech quality is very good and understandable.

With the Galaxy S8 Samsung dares a lot of new things. With success, most of the new features, such as the borderless display and the new screen format, have been implemented cleanly and have already found numerous imitators. Somewhat unfortunate is the position of the fingerprint sensor, often smearing the camera while trying to find it. Otherwise, however, the design is very modern, even revolutionary. Also the workmanship is impeccable.

The display of the S8 is one of the best you can find in a smartphone at the moment. The camera is also very good, even though not too much has changed compared to the S7.

All in all I am very convinced of the Samsung Galaxy S8, especially since it is now available for only Price not available *.

The Galaxy S8 convinces with its borderless display, good camera and elegant user interface. It hardly reveals any weaknesses and is now quite inexpensive to have. 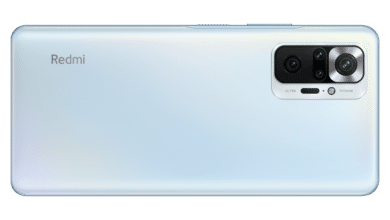 Apple iPhone 11 has touch problems due to defective display module