Researchers at the University of Texas at Austin have developed a mattress with an integrated thermoregulation system and tested it in a small study. The results suggest that sleep quality can be significantly improved by such a mattress. However, many questions remain.

A healthy and restful sleep is promised by almost all advertising clips that have tried to sell mattresses in the last two decades. What all mattresses available on the market so far have in common is that they function purely passively: They are a sleeping surface that can be adjusted manually at most. A completely new model has now been developed at the University of Texas at Austin. The new mattress has a temperature regulation system and is thus designed to support sleep actively. It thus trumps pure sleep tracking systems, such as those integrated into Apple’s watchOS. Compared to what is probably the only external sleep tracking system, the Smart Sleep Headband from Philips, the mattress has the advantage of not permanently recording data and not having to be permanently worn on the head.

The mattress is to support thereby the temperature fluctuations of the body running off during the sleep. It is known that body temperature drops by up to one degree at the beginning of sleep. Heat is dissipated through the extremities. The mattress supports this temperature regulation by providing cooling in the central area and warming at the edges. For this purpose, it is equipped with water and air channels as well as a heating module. In addition, a pillow with integrated heating was used in the study, via which the heat sensors in the neck area are stimulated.

In a study with eleven people, the mattress was tested. Participants were required to go to bed two hours earlier than usual for several days at a time. On some nights, the mattress’ thermal system was turned on, while on others it was not. It was shown that the participants fell asleep 58 percent faster on average when the thermal system was activated. The measurement of brain waves also revealed a higher quality of sleep during these nights.

However, the significance of the study is limited due to the small number of participants. Nevertheless, it can be seen as a first indication of a sleep-promoting effect of thermoregulation mattresses – and accordingly suggests further investigations. It is questionable, however, to what extent such mattresses are suitable for the mass market. After all, they are likely to be quite expensive to produce and also consume a relatively large amount of energy. 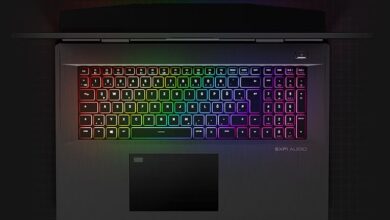 Researchers at the University of Texas at Austin have developed a mattress with an integrated thermoregulation system and tested it in a small study. The results suggest that sleep quality can be significantly improved by such a mattress. However, many questions remain. Temperature regulation for better sleep? A healthy and restful sleep is promised by … (Weiterlesen...)