Netgear has introduced the Nighthawk Pro Gaming XR300 Router, the third router of its gaming series. The cheapest model in the series is now available for 189 Euro. The big brothers XR500 and XR700 still cost 215 Euro and 445 Euro respectively. In contrast to the more expensive offshoots of the series, Netgear has dispensed with the eye-catching design of the entry-level model. In addition, the number of external antennas was reduced from four to three.

Netgear also promises a low ping for the XR300, which is especially important for gamers, even when using the WLAN connection. The router uses the WLAN standards 802.11ac (WiFi 5) and 802.11n (WiFi 4) with MU-MIMO. The maximum data transfer rate when using WiFi 5 is 1,300 Mbps, WiFi 4 offers a maximum of 450 Mbps. Compared to the XR500 and XR700, this is slower, but this shouldn’t be noticeable in everyday life.

The gaming features of the more expensive models are also available in the XR300 router. According to Netgear, the DumaOS operating system is optimized for low-latency data transmission. In addition, the so-called “Geo Filter” should help in server selection in order to reduce the ping thanks to the optimal distance to the server.

Wi-Fi 6 extension for the Amazon eero and eero Pro 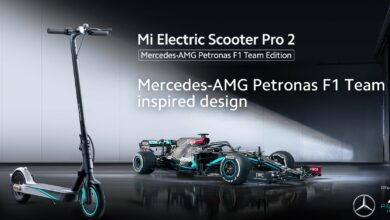