At CES 2023 in Las Vegas, XMG has unveiled two new notebooks in detail. The XMG NEO 16 and NEO 17 rely on Intel’s Core i9-13900HX and NVIDIA graphics cards up to GeForce RTX 4090 with fully maxed-out power limits. They are of course compatible with the XMG OASIS external laptop water cooling system.

XMG already officially presented its new notebook lineup for 2023 a few days ago, but the manufacturer still left us with no concrete details. This has now been made up for in the case of the high-end gaming notebooks XMG NEO 16 and NEO 17 (E23).

For the graphics card, the laptops rely on current cards from the NVIDIA GeForce RTX-4000 series and that in each case with the maximum possible power limits. This applies to both the RTX 4090 and 4080 with a maximum graphics power of up to 175, as well as the RTX 4070 and 4060 with up to 140 watts.

Already the air cooling of the XMG NEO 16 and NEO 17 notebooks turns out to be extremely effective. The continuously maintained CPU package power of the Core i9-13900HX is around 100 (NEO 16) and 125 watts (NEO 17) at full load through CineBench R23. And that without any temperature-related throttling.

“Even the GeForce RTX 4090 can use the full 175 watts in the 3DMark Time Spy stress test without a performance drop,” the manufacturer promises.

Compared to the XMG NEO (E22), the air cooling has been noticeably improved once again. Both the NEO 16 and NEO 17 use a composite system with five heat pipes, separate heatsinks on all four air outlets, two large fans with low-frequency, unobtrusive sound characteristics and liquid metal (Thermal Grizzly Conductonaut) to keep the CPU and GPU in check.

There is also the option to add additional cooling to the NEO notebooks using the XMG OASIS external laptop water cooling system, renewed in October 2022 to only the second revision. This should not only improve performance, but also allow quieter operation under full load.

The OASIS itself will receive additional improvements for the new laptop generation, such as a magnetic docking mechanism to the laptops’ water ports. The manufacturer plans to reveal details on this shortly.

For the RAM, XMG offers dedicated tuning options to allow savvy users to get the most out of the clock frequencies and timings. Also planned for the NEO 16 and NEO 17 are specially optimized, on-demand configurable DDR5-6400 overclocking modules with CL40 latency – more details on this are also to follow soon.

On the other hand, there are no differences in the wide range of connections. The integrated DisplayPort stream of the Thunderbolt 4 port is again directly connected to the NVIDIA dGPU in the NEO 16 and NEO 17 with Intel CPUs from the 13th Core generation and thus fully compatible with current VR headsets.

In addition, there is HDMI 2.1, 2.5 Gigabit Ethernet, three USB-A 3.2 ports, a card reader for full-size SD cards and separate ports for microphone and headphones. Wirelessly, the gaming notebooks communicate in the fast Wi-Fi 6E standard.

The display lid is made of aluminum in the case of the 16-inch device, and this also applies to the bottom shell in the case of the 17-inch laptop. Other differences concern the design of the RGB lighting on the rear air vents: The NEO 17 uses RGB strips, while the NEO 16 has the LEDs integrated into the vents on the case.

However, there is also an option for a silent keyboard with membrane technology and four-zone RGB lighting on request. N-key rollover, anti-ghosting and a dedicated number pad, as well as large arrow keys are offered by both keyboards.

Pre-orders for the gaming notebooks will be available starting February 01 with RTX 4090 or RTX 4080, and February 14 with RTX 4070 and 4060. The delivery will then take place one week later, on February 08 and February 22, respectively. 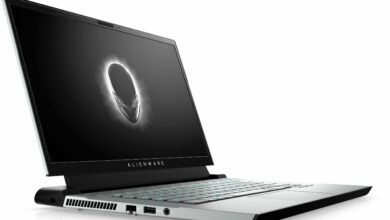 HP EliteBook 845 G9 review: This premium ultrabook has what it takes

At CES 2023 in Las Vegas, XMG has unveiled two new notebooks in detail. The XMG NEO 16 and NEO 17 rely on Intel’s Core i9-13900HX and NVIDIA graphics cards up to GeForce RTX 4090 with fully maxed-out power limits. They are of course compatible with the XMG OASIS external laptop water cooling system. XMG … (Weiterlesen...)