The “Republic of Gamers” series from ASUS comprises numerous products, some of which are very special, which are designed to meet the requirements of gaming. Not only technically, but also optically they differ sometimes clearly from other products of the manufacturer.

Nor does the gaming headset ‘ROG Delta’*, which is clearly part of that product line, constitute an exception in that regard. In addition to the usual extravagances of the popular gaming series, the ROG Delta also offers a modern USB type C connector and other unusual technology.

We have tested the gaming headset and offer interested parties the following detailed overview – is the purchase of the headset worthwhile?

The design of the ROG Delta is striking in the best sense. ASUS, as with the other products in the ROG series, attaches great importance to a high recognition value – the gaming headset should not be lost in the mass of hardly distinguishable competitive products. The optical uniqueness is achieved above all by the unusual shape of the ear cups, which remind of rounded triangles. With this design, ASUS creates a unique selling point that clearly distinguishes the headset from other gaming headsets that always look the same.

In addition, there are the almost obligatory RGB LEDs, which are located at the entire edge of the auricles. The manufacturer’s logo, which is placed relatively centrally, is also illuminated. The idea of LED lighting is by no means original, but is now expected in the gaming market, so the decision is anything but surprising. A positive aspect is that the luminosity of the LEDs is comparatively high and the lighting remains clearly visible even in daylight. The lighting can be switched off at any time with a switch on the left auricle.

All in all, ASUS once again strives to create a unique design, which we believe succeeds. Gamers are likely to be attracted by the design of the headset, which will enable ASUS to achieve its goal.

However, the device, which is largely made of hard plastic, is comparatively well processed. The entire construction appears robust. The wide headband is internally equipped with a metal rail, which also makes it very stable. The ear cups can be fitted with either textile or imitation leather cushions, which makes them look quite high-quality in any case and will certainly benefit the wearing comfort, which will be tested later.

On the left side there is a detachable microphone, which has a small status LED lamp at the tip. Also worth mentioning is the relatively high but still pleasant weight of 387 grams. Overall the workmanship is good – we don’t find any criticisms here.

As mentioned at the beginning, the headset comes with rather extraordinary technology. It is the first headset ever to be equipped with the “ESS ES9218 QUAD” DAC, which can process high-resolution audio files with up to 32 bits and 384 KHz.

Furthermore, the headset has a USB type C port, which is quite unusual as USB type A interfaces are normally used. Since very few users are likely to have the right equipment, the headset comes with a USB type A adapter. With the modern connection ASUS positions the headset future-proof and it can also be used on smartphones with the connection. Particularly noteworthy: the RGB LED lighting also works perfectly on the smartphone.

The technical equipment of the headphones is certainly interesting. Already here it stands out from competing products. The test point will show whether these apparent advantages also exist in practice.

Practical Test: The Sound and the Microphone

Since the headset is assigned to a gaming series, we have mainly tested it in the gaming sector – which does not mean that it is not suitable for other purposes. In our practical test we noticed the clear highs and the quite strong lows particularly positively. Also positive is the fact that no additional sound card is needed to operate the headset – so you can get started right after plugging it in.

The stereo sound was convincing in our practical test due to its clarity and the very good sound transmission without deductions. Even demanding players can be happy with this headset. Surround sound can be activated in the ROG Armoury 2 software. But we wouldn’t call the surround sound perfect.

The headset also seems to be suitable for music tracks, streams and podcasts. In the musical field, however, it should be noted that this does not necessarily apply to every genre – the headset was ultimately developed for the gaming market.

However, the operation is quite simple. On the left earpiece there is a volume control as well as a switch for the illumination. The volume control can also be pressed to mute the microphone. Additional software is therefore not absolutely necessary. However, if the lighting is to be individualised, it must be used. In the ROG Armoury 2 software, you can then easily select between several lighting modes.

The microphone also convinced us in the test. Spoken language is appropriately loud and comparatively clear. Background noise is largely suppressed. The microphone arm is very flexible and can be brought into any position – but it is relatively short. Ultimately, it can be said that the headset is convincing in every respect in practice.

As already mentioned, you can choose from two references. In both cases, the auricles attach themselves to the ears of the wearer with pleasant pressure. ASUS apparently attaches great importance to making the headphones suitable for longer gaming sessions. In our test, the headphones sat comfortably at all times and did not cause any pain – even after several hours of wearing them. The contact pressure is quite balanced so that the headset is also suitable for spectacle wearers.

As with all other headsets, it gets quite warm under the ear cups after a while. Since this circumstance can hardly be avoided, it can hardly be applied as a real point of criticism. However, the thick padding and the fact that the ear pads can be changed at any time are positive features to be emphasized.

The headband, which connects the two ear cups, is adjustable, allowing the headset to be easily adapted to different head shapes of the wearer. The headset can be adjusted by 4 centimetres on each side. The screening is precise and crisp – inadvertent slipping is virtually impossible. The swivel joints, which can be rotated about 30 degrees forward and 90 degrees backward, are also helpful. In addition, the auricles can be tilted upwards or downwards by about 30 degrees. In the test it was not difficult to find a suitable setting for the ideal wearing comfort.

Overall, the headset sits very comfortably, so that there are hardly any criticisms to be found here either.

With the ROG Delta*, ASUS offers an extremely high-quality gaming headset that scored in every category in the test. It is well made, optically striking, with a good sound and pleasant to wear. All in all we can recommend it almost without restrictions – at least in the gaming area.

The price-performance ratio seems reasonable to us. For around 200 euros, gamers receive a device tailored to their needs that will by no means disappoint them. We are very satisfied with the ROG Delta.

With the ROG Delta, ASUS offers an extremely high-quality gaming headset that scored in every category in the test. It is well made, optically striking, with a good sound and pleasant to wear. 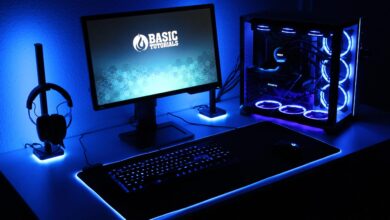