The new Blackview BV7100 is a robust outdoor smartphone that lasts longer. The battery has a full 13,000 mAh capacity and can be charged quickly with 33 watts. Up to 10 GB of working memory also promise a fast working speed.

The Blackview BV7100 in detail

The new Blackview BV7100 is said to be the result of over a year of research and is the manufacturer’s second smartphone, alongside the BV9100, to rely on a 13,000 mAh battery and a robust case for outdoor use.

The battery is charged quickly with 33 watts and should be able to achieve a standby time of up to 48 days according to the manufacturer’s lab tests. The huge battery relies on a technology of two electrical cores, which sets for more security of the battery and more longevity. As a powerbank, the BV7100 can also supply other devices with energy.

In terms of SoC, the outdoor smartphone relies on the MediaTek Helio G85, which combines two fast Cortex-A75 cores with six Cortex-A55. The 6 GB of working memory can borrow an additional 4 GB from the system memory and thus access 10 GB of RAM thanks to memory expansion technology.

In addition, there is 128 GB of system memory, which can be expanded by up to 1 terabyte via microSD card. A large graphite cooling system with 13,685 mm² ensures effective cooling of the components.

The Blackview BV7100 uses Android 12 as its operating system, which comes with Doke OS 3.0. It enhances the mobile OS with additional features and easier operation, which, for example, allows taking a screenshot with just one click or quickly switching between Wi-Fi networks.

The main camera uses a 12-megapixel lens with a Sony IMX362 sensor, which the manufacturer combines with an 8 MP ultra-wide-angle camera including a 117-degree field of view. Both cameras feature autofocus, whereby the latter camera also has a macro function.

The Blackview BV7100 uses a 6.58-inch Full HD+ display with a screen-to-body ratio of 85 percent and a brightness of 480 nits. The smartphone is also protected against water and dust according to IP68 and IP69K and certified according to military standard MIL-STD-810H, which should make it particularly robust.

Also offered is a glove mode that improves usability, NFC, a customizable shortcut button, navigation via GPS, GLONASS, Beidou and Galileo, and a fingerprint sensor. 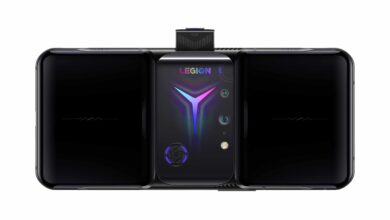