According to media reports and vague statements by a responsible minister, Tesla is said to have concluded a deal with Indonesia. The company is to buy nickel for $5 billion and locate a factory in Indonesia.

Indonesia is home to the largest confirmed nickel deposits on Earth. The country is building its economic policy in part on these deposits and is working on recovery. At the core of this nickel policy is the principle that raw material is not simply sold abroad. Instead, the sale of nickel is tied to investments within Indonesia. In concrete terms, this means that anyone wishing to buy nickel from Indonesia must set up a business in the country. Now Tesla is also said to have entered into such an agreement in order to obtain the coveted battery raw material.

Indonesia’s investment minister reported that a team from the company was in Indonesia, a five-year contract had been signed for the sale of two key products, and Tesla was paying five billion dollars. However, the remarks remained vague. For example, the minister did not speak explicitly of nickel and – in contradiction to his statements – said he did not want to reveal anything about the contents of the agreement.

Back in May, the same minister had announced that Tesla had agreed to build a battery and electric car factory in the Indonesian province of Central Java. At the same time, he indicated at the time that the details of the contract were still being negotiated.

Chinese media, meanwhile, reported that Chinese companies were involved in the deal. According to them, the nickel would first go to Chinese companies, which would process it and then sell it to Tesla. To what extent the reports from the dictatorially ruled state without freedom of the press can be trusted is not clear. In fact, however, two Chinese companies that operate nickel smelters in Indonesia announced in late July that they would supply Tesla with nickel.

Part of the reason for Tesla’s location in Indonesia could be to meet the requirements of the Inflation Reduction Act, which the U.S. government uses, among other things, to subsidize electric car purchases to the tune of $7,500: The subsidy is only available if the car is free of materials or labor from China. The extent to which any cooperation with nickel smelters of Chinese companies located in Indonesia could affect eligibility for the subsidy cannot be clarified at this point.

In any case, further developments in the matter remain to be seen. However, there is much to suggest that Tesla could indeed locate its next Gigafactory in Indonesia and directly process the nickel mined there. Only recently, Musk announced the construction of another such Gigafactory, but brought Canada into play as a location.

Tesla builds another Gigafactory in Shanghai

Tesla: recall due to display defect 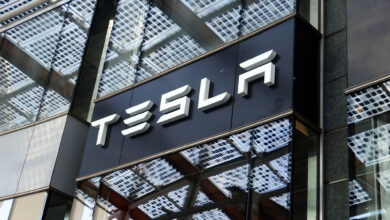 According to media reports and vague statements by a responsible minister, Tesla is said to have concluded a deal with Indonesia. The company is to buy nickel for $5 billion and locate a factory in Indonesia. Indonesian Nickel Policy Indonesia is home to the largest confirmed nickel deposits on Earth. The country is building its … (Weiterlesen...)