Manufacturer TCL has unveiled a new mid-range smartphone in the U.S. that should appeal to all those who mourn Samsung’s Galaxy Note series. TCL’s Stylus 5G has a 6.81-inch LC screen that can (unsurprisingly) be operated with a stylus. The stylus is placed directly in the case to save space.

The manufacturer has primarily targeted business users with the TCL Stylus 5G. Nevertheless, the features of the new smartphone should also appeal to many other target groups.

The most important unique selling point is the stylus that is included in the scope of delivery and can be embedded directly in the smartphone’s case, which is about nine millimeters deep. However, it not only enables operation, but also turns the device into a practical companion in combination with various apps.

Handwritten notes, for example, are converted directly into professional documents via app, the manufacturer promises. This is made possible by free and unlimited access to Nebo for TCL, the “most accurate handwriting recognition in the world”, which works AI-supported.

The Technology of the TCL Stylus 5G

Thanks to NXTVISION, the smartphone is supposed to be able to convert SDR content into HDR in real time to offer impressive contrasts. At the same time, the technology is easy on the eyes thanks to a blue light filter. The manufacturer puts the brightness at 500 nits.

The processor used is the MediaTek Dimensity 700 5G octa-core CPU, which has a clock speed of 2.2 GHz. The working memory, on the other hand, is tight. Only 4 GB of RAM are offered here. The system storage is 128 GB, but can be expanded up to 2 TB via micro-SD card.

Besides the 5G standard, the Stylus 5G also supports Wi-Fi 802.11 a/b/g/n/ac, Bluetooth 5.2 and NFC. The battery seems a bit weak, with a capacity of only 4000 mAh. Charging is done via USB Type-C with a maximum speed of 18 watts. A complete charging process should take about two hours.

A 3.5 mm jack input is available on the bottom, while the fingerprint sensor is installed in the power button on the side. In terms of cameras, the TCL Stylus 5G relies on a quad-camera setup, which consists of a 50-megapixel main camera, a 5 MP ultra-wide-angle camera, and two 2 MP sensors for macro shots and depth information. A selfie cam with a resolution of 13 megapixels sits on the front.

The TCL Stylus 5G has only been announced for the US market so far. In the US, the smartphone is now available at an MSRP of 269.99 US dollars, which is the equivalent of around 251 euros. It is unclear if and when the smartphone will also come to Europe.

realme GT in test – Fast like a sports car? 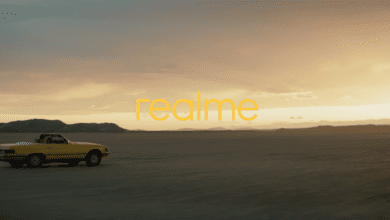 Manufacturer TCL has unveiled a new mid-range smartphone in the U.S. that should appeal to all those who mourn Samsung’s Galaxy Note series. TCL’s Stylus 5G has a 6.81-inch LC screen that can (unsurprisingly) be operated with a stylus. The stylus is placed directly in the case to save space. The TCL Stylus 5G with … (Weiterlesen...)