RNGs, or Random Number Generators, are the bread and butter of everyday technology. RNGs generate random numbers, and they’re used in everything from online games to cybersecurity. But how do they work?

RNGs are exactly what they sound like– a tool to generate random numbers. You can use RNGs in all sorts of things, from video games to secure encryption. Anytime you need a truly random number, an RNG is the best way to go. But how do they actually work?

There are two main types of RNGs: true random number generators (TRNGs) and pseudo-random number generators (PRNGs). TRNGs use an unpredictable physical process to generate their numbers, while PRNGs use mathematical algorithms. Both kinds of RNG can produce seemingly random results, but TRNGs are considered more secure because it’s impossible to predict the numbers they’ll generate.

A TRNG is a device that generates random numbers by measuring some physical phenomenon that is impossible to predict, like radioactive decay or atmospheric noise. They’re not used as often, except in extreme cases, since TRNGs produce a considerable amount of data that’s not necessary for smaller, everyday tasks.

With the advent of computers, pseudo-random number generators (PRNGs) became possible. PRNGs are used in many applications, such as cryptography and gaming, where randomness is required quickly.

The Ancient History of RNGs

The earliest form of random number generation was probably the use of dice, which goes back to the dawn of civilization. In China, the Book of Songs (c. 1000 BCE) mentions the use of dice for divination. In India, the Vedas (c. 1500-1000 BCE) contain references to dice games. The ancient Greeks also used dice for games and divination; one story even tells of the philosopher Aristotle using dice to settle a bet with his student Plato.

Throughout history, people have used various methods to generate random numbers, usually for games or divination purposes. The most common practice has been to use some physical device, like dice or coins, but other methods include drawing slips of paper from a container, using numbered balls in a lottery-type draw, or generating numbers using mechanical or electronic devices.

Random number generators (RNGs) are a vital part of cybersecurity. They are used to generate the keys that encrypt and decrypt data, making it very difficult for hackers to access sensitive information. They are also helpful for creating complex passwords.

Since hackers are becoming more and more advanced, cybersecurity experts have had to beef up their guardianship. Many have resorted to using a mix of TRNGs and PRNGs to ensure their clients’ information remains protected. TRNGs are considered more secure because it is impossible to predict the next number that will be generated by them. However, TRNGs can be expensive and slow, so PRNGs are often used in applications where speed is more important than security.

RNGs are critical for the randomness needed in online games. Without RNGs, games like roulette wouldn’t be much fun because the spins would be predictable. Roulette, which has several variants, requires RNGs to make the game both fun and fair. With the help of algorithms to generate random numbers, RNGs can determine where the ball will land on the roulette wheel. Typically, developers use pseudo-RNGs to create the sensation of playing roulette on an actual wheel.

On the other hand, RNGs also play a major role in action-adventure games. To create an organic environment, developers implement RNGs to give gamers a dynamic gameplay. In particular, RNGs are really important for battle sequences because they give variety to a bot’s fighting style. Without RNGs, battling would be much more predictable and monotonous.

RNGs are used in a variety of simulations to create random outcomes. Scientists can develop unpredictable simulations to help people prepare for unexpected disasters by generating random numbers. This practice is called the Monte Carlo Method, and has previously played a huge role in homeland security.

Additionally, RNGs can be used to create more realistic models by adding an element of chance. This case is handy for meteorologists, who use large data sets to compensate for the unpredictable aspects of their work.

There is a lot more to RNGs than first meets the eye. They are an essential part of many digital systems and can be used to create randomness in various applications, including gaming, encryption and predicting weather patterns. 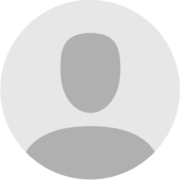 Microsoft: Threat of adverts in Windows 11?