The market for electric cars is now broadly diversified. From cheap to expensive, everything is really represented here. Faraday Future Intelligent Electric (FF) wanted to take things up a notch, at least in terms of performance, features and price, and launch the ultimate luxury car with the FF91. However, the long-awaited launch of the $2.4 billion project now seems to have been pushed back once again. According to company information, there is a lack of money.

This is certainly not how FF envisioned it when it unveiled the first prototype of the Faraday Future FF91 at CES in Las Vegas in 2017. Since then, in fact, the company has had to suffer a number of low blows. Due to a lack of the necessary capital, the company has now had to pull the ripcord and postpone the start of series production of the long-awaited electric car once again. According to the company, the shortfall is not peanuts. According to management, FF needs more than 200 million US dollars. In order to be able to launch the luxury e-car in 2022 after all, the management is currently frantically trying to find willing backers.

The current state of the company can also be seen very well in the course of the share price. Thus, this is more like a roller coaster ride, rather than a consistently successful stock market behavior. At the same time, the Faraday Future FF91, which is the focus of attention, sounds extremely impressive. The 2.9 ton vehicle is not only said to have over 1,000 horsepower. The entertainment features, which include eleven screens, also make it clear that we’re talking about the luxury segment. So the planned retail price of 180,000 euros (plus taxes) comes as no surprise.

Black sheep in the own ranks

Convinced of its own product, FF took off last year and celebrated its debut on the stock market. The IPO was made possible by funds that Faraday Future was able to raise from its investors. The result was impressive. The company, which was founded in 2014, enjoyed a plus of 1 billion US dollars in investor money alone. What initially sounded like a dream for any entrepreneur, however, turned out to be a real problem for Faraday Future. After all, Brian Krolicki, a shady character, took a seat at the boardroom table. He was also the one who brought negative headlines to the company.

So he unceremoniously rededicated non-binding pre-orders into binding ones, which of course did not please investors at all. This was nothing less than a downright fraud, which then also cost the ex-governor of Nevada the chairmanship of the board of directors. But the repercussions did not only affect Krolicki. The deception also brought Faraday Future to the attention of the Securities and Exchange Commission and even federal prosecutors. Extensive investigations into the company’s activities over the past several years are ongoing to this day.

Money at Faraday Future not enough for factory construction

Away from the internal squabbles that resulted from Prolicki’s fraudulent behavior, however, Faraday Future has other problems entirely. For example, the company has a glaring mismatch between revenues and expenses. The high losses can be seen in the quarterly figures that the electric car manufacturer published this year. For instance, the net loss in Q1 2022 comprised the whopping sum of $153 million. Even more demoralizing will have been the fact that the company failed to record any revenue at all. The reserves left over from the former investor money were also frighteningly small. Thus, the 1 billion US dollars from last year shrank to 277 million US dollars.

With inflation, supply chain issues and rising building material prices not stopping at the U.S., Faraday Future can’t complete its car factory in California with just the money it still has. As a result, no Faraday Future FF91s can roll off the assembly line for the time being. Task number one for the company is now to raise money. In view of the fact that this cannot be done through product sales, the company is once again dependent on investors. It is questionable, however, whether willing investors can be found in view of the company’s turbulent history.

Courageous investors even dared to buy shares in FF’s papers. However, these were apparently strategic purchases. There is no other way to explain the rapid rise in the share price. After all, for many months there was no positive news for potential investors that would have encouraged them to invest. Between the end of June and mid-July, the share price more than tripled. In the meantime, experts assume that many investors relied on the so-called short squeeze. This is where people buy shares that have been sold short in order to persuade current share holders to change their minds and thus buy them back – this usually increases the value of the share again.

We are curious to see whether Faraday Future’s plan will work out and the FF91 will actually roll off the production line this year. In view of the high price, only very few end customers will be bothered if this does not happen. Competitors like the Nio ET7, which comes with an exchangeable battery, will probably be more interesting for many. What’s important is that Faraday Future ultimately doesn’t put an unfinished project on the market. Lucid Motors is currently making it clear how annoying regular recalls can be. 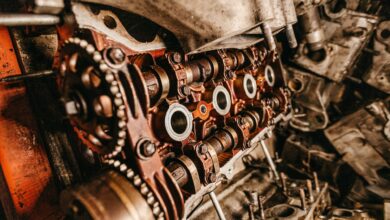 The market for electric cars is now broadly diversified. From cheap to expensive, everything is really represented here. Faraday Future Intelligent Electric (FF) wanted to take things up a notch, at least in terms of performance, features and price, and launch the ultimate luxury car with the FF91. However, the long-awaited launch of the $2.4 … (Weiterlesen...)